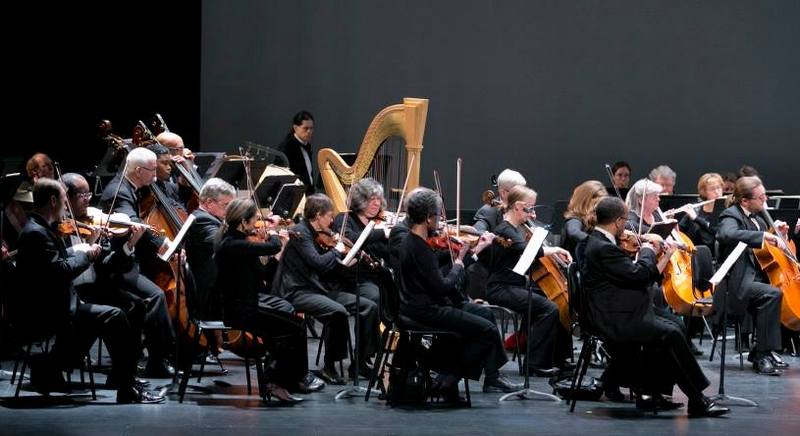 The Philharmonic performs five or six concerts each season. Now beginning its 54th season, the Philharmonic continues to provide outstanding musical entertainment and education to Prince George’s County and the surrounding area.

History of the Prince George’s Philharmonic

The Philharmonic had its beginnings in Bowie, when, in December 1965, the Prince George’s Civic Orchestra, under the direction of Lloyd Farrar, gave its first concert at the new Bowie High School. In May 1968, the orchestra performed for the dedication of Prince George’s Community College, in the new Queen Anne Fine Arts auditorium which has since then served as a principal venue for Philharmonic concerts. At the beginning of the 1969-70 season, the orchestra, renamed the Prince George’s Symphony, gave the first
concert under its new conductor Emerson Head, Associate Professor of Music at the University of Maryland. The Symphony presented five to ten concerts each season at many different locations in the County, its principal funding support coming from the Maryland-National Capital Park and Planning Commission.

The Philharmonic has continued to provide music for Prince George’s County since that time. Emerson Head was succeeded, for the 1979-80 season, by Kenneth Kiesler, now director of the University Orchestras at the University of Michigan. Then, at the beginning of the 1980-81 season, Ray Fowler became conductor and music director of the Philharmonic, continuing at the helm for just over 20 years. During these years, the Philharmonic developed its outstanding “Symphony Kids” program, which provides instrumental music lessons to young students. In 2001, Charles Ellis succeeded Maestro Fowler as conductor and music director; he enlarged the size and repertoire of the orchestra, and initiated the Side-by-Side program whereby selected student instrumentalists from County schools perform with the orchestra in one of the selections in each season’s February concert.

In the fall of 2015, the Philharmonic began its celebratory 50th Anniversary season, to include, in addition to six concerts, two special recitals and a grande finale reception at the end of the season. The orchestra was stunned by the death of Charles Ellis on New Years Day 2016, but named Blair Skinner as resident conductor, and under his leadership, finished the 50th season as Maestro Ellis had planned it. The Philharmonic began the search process for a new music director, and out of 70 applicants, invited each of six finalists to conduct one concert, beginning in May 2016 and through the 2016-17 season. After the May 2017 concert, the Philharmonic selected Jesus Manuel Berard as its new conductor and music director.

The Philharmonic continues to perform five or six concerts each season - at the Bowie Center for the Performing Arts, the Clarice Smith Performing Arts Center, and several other venues. Still partially supported by the M-NCPPC, it has grown in the breadth of music that it presents, and in its collaboration with talented guest artists and choruses, and has received critical acclaim for its performances. In its 52nd season in 2019, the Philharmonic continues to provide outstanding musical entertainment and education to Prince George’s County and the surrounding area.

The Prince George's Philharmonic's offices are located in Greenbelt, and several of its members are Greenbelt residents.