Here are the events, in person and online, announced so far in Greenbelt and *nearby towns in Prince George’s County. The list will be updated as more events are announced, so check back!  Greenbelt Online’s events listings will be published weekly starting in August, as the New Deal Cafe and Old Greenbelt Theatre resume normal operations (YAY!!!!). 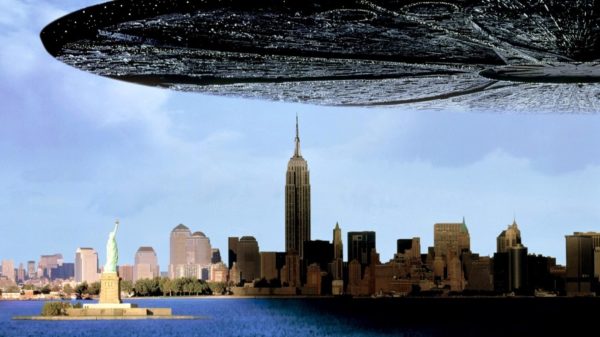 Moonlit Movies: Flashback Fridays
Independence Day – Watch the trailer!
(2 hrs 25 min PG-13) 1996 Roland Emmerich, director. One Night Only Jul 2. PURCHASE TICKETS NOW!
In the epic adventure film “Independence Day,” strange phenomena surface around the globe. The skies ignite. Terror races through the world’s major cities. As these extraordinary events unfold, it becomes increasingly clear that a force of incredible magnitude has arrived; its mission: total annihilation over the Fourth of July weekend. The last hope to stop the destruction is an unlikely group of people united by fate and unimaginable circumstances.

Fireworks by the City of Greenbelt at Buddy Attick Park

The fireworks display will take place at Buddy Attick Lake Park, 555 Crescent Road, Sunday evening, July 4th, at approximately 9:00 P.M. and last 20 to 30 minutes. In addition to having officers on foot patrol throughout the area, the Greenbelt Police Department will be located in a Command Bus in the main parking lot to assist citizens with everything from first aid to reuniting lost children with their families. The Greenbelt CERT (Citizen Emergency Response Team) team will have a tent nearby, serving as a hydration station (including cooling chairs) and to providing limited first aid assistance.

Monday Matinee at the Old Greenbelt Theatre, 10 am and 1 pm

In July the theatre is bringing back Monday Matinees, a free event that has been one of their signature series since 2015. To restrict audience size for social distancing, this event will require in-person pre-registration. There will be two screenings each Monday (10am and 1pm) in an attempt to accommodate everyone who is interested in attending.

In Braden Field, a 9 pm screening of Raiders of the Lost Ark 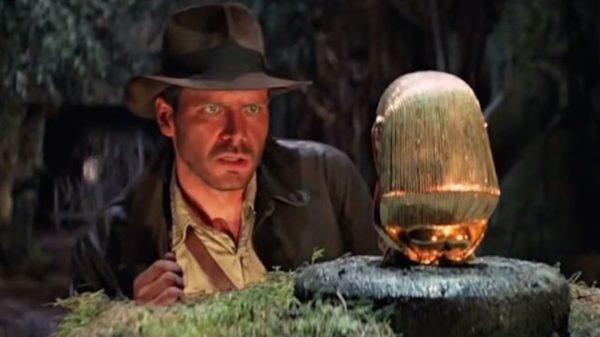 Moonlit Movies: Flashback Fridays
(1 hr 55 min PG) 1981 Steven Spielberg, director. One Night Only July 9. PURCHASE TICKETS NOW!
Dr. Indiana Jones, a renowned archeologist and expert in the occult, is hired by the U.S. Government to find the ark of the covenant, which is believed to still hold the Ten Commandments. Unfortunately, Hitler’s agents are also after the ark. Indy and his ex-flame Marion escape from various close scrapes in a quest that takes them from Nepal to Cairo. Watch the trailer.

Learn about fireflies and their habitats from a Sanctuary Committee member. The Sanctuary is located in the Stream Valley Park. To get there, park in the St. Hugh’s School parking lot, walk across Crescent Road (push the button for the pedestrian-crossing light first, for visibility). Follow the lighted path up to the Sanctuary. Or enter the path from the opposite direction, through the pedestrian tunnel under Hillside Road, which is lighted. Water will be available and you won’t be bombarded by cicadas –
they’ll be gone by the time this event takes place!

Monday Matinee at the Old Greenbelt Theatre, 10 am and 1 pm

“In Happened One Night”  Watch the trailer here.

Monday Matinee screenings at 10 am and 1 pm. Advance tickets only. FREE

Join us for a virtual event exploring Greenbelt, Maryland’s Pride movement. Hear from some of the founders of GreenBeLT Pride, one of the community’s most visible LGBTQIA organizations. Following an interview with founders and Board members, stay for an informal discussion about gay pride and life in Greenbelt.
This event is free! Sponsored by the Friends of the Greenbelt Museum and the City of Greenbelt.
This is a virtual event. Please register by 5pm on the day of the lecture. Participants will be emailed a link approximately two hours before the lecture starts.

In Braden Field, a 9:15 screening of Back to the Future 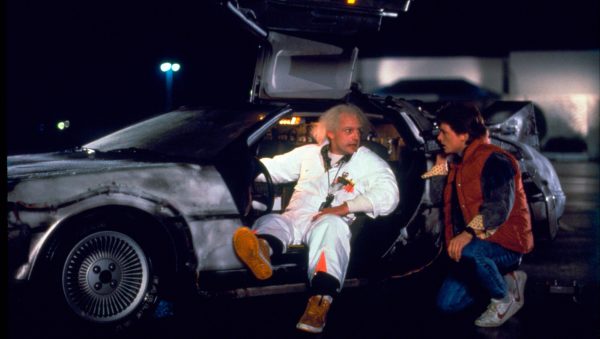 Moonlit Movies: Flashback Fridays– Back to the Future, 9:15 pm, (1 hr 56 min PG) 1985 Robert Zemeckis, director
In this 1980s sci-fi classic, small-town California teen Marty McFly (Michael J. Fox) is thrown back into the ’50s when an experiment by his eccentric scientist friend Doc Brown (Christopher Lloyd) goes awry. Traveling through time in a modified DeLorean car, Marty encounters young versions of his parents (Crispin Glover, Lea Thompson), and must make sure that they fall in love or he’ll cease to exist. Even more dauntingly, Marty has to return to his own time and save the life of Doc Brown. Watch the trailer.

The Greenbelt Recreation Arts program invites visual artists working in all media to meet outside the Community Center for a Virtual Art Share Friday July 16 at 7 pm. Artists may also zoom in if preferred.
The event is a casual, friendly forum intended for adults, no matter what their experience, and all are welcome.  Artists are invited to bring one to three pieces to share and discuss.  The program is free, but advance registration at required – click here.  Art Shares are held monthly.

Learn about fireflies and their habitats from a Sanctuary Committee member. The Sanctuary is located in the Stream Valley Park. To get there, park in the St. Hugh’s School parking lot, walk across Crescent Road (push the button for the pedestrian-crossing light first, for visibility). Follow the lighted path up to the Sanctuary. Or enter the path from the opposite direction, through the pedestrian tunnel under Hillside Road, which is lighted. Water will be available and you won’t be bombarded by cicadas –
they’ll be gone by the time this event takes place!

On July 19, Reel and Meal presents “Racially Charged: America’s Misdemeanor Problem“. George Floyd was murdered for the misdemeanor crime of using a counterfeit $20 bill. It was a violence born out of the historic brutality and racial terrorism of post-reconstruction America. George Floyd was one of thousands.

This documentary from Robert Greenwald and Brave New Films investigates why misdemeanors are and have become a gateway to the kind of police violence that has claimed the lives of so many. Narrated by Oscar-winning actor Mahershala Ali, “Racially Charged” exposes the system that punishes over 15 million people a year – most of them poor and people of color. This insightful and powerful film will be followed with a discussion.

The screening begins at 7pm via Zoom; entry starts at 6:45pm. The program is free but advance registration is required – please register here.

Father of the Bride is a 1950 American comedy film directed by Vincente Minnelli about a man trying to cope with preparations for his daughter’s wedding. The film stars Spencer Tracy in the title role, Joan Bennett, Elizabeth Taylor, Don Taylor, Billie Burke, and Leo G. Carroll. Father of the Bride was nominated for Academy Awards for Best Actor in a Leading Role, Best Picture, and Best Writing, Screenplay. Watch the trailer. 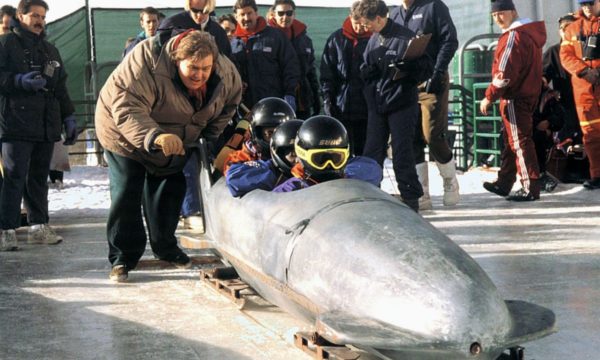 PURCHASE TICKETS NOW!
Four Jamaican bobsledders dream of competing in the Winter Olympics, despite never having seen snow. With the help of a disgraced former champion desperate to redeem himself, the Jamaicans set out to become worthy of Olympic selection, and go all out for glory. Watch the trailer.

Explore the New Deal history of Greenbelt, Maryland, a planned community built in 1937.

Greenbelt, Maryland, a National Historic Landmark planned community, was built in 1937 as part of Franklin D. Roosevelt’s New Deal. The town was designed as a garden city that would be a model of modern town planning and cooperative living in America. It features notable Art Deco-style architecture, fine examples of WPA-era outdoor sculpture, and an innovative design that includes walking paths that connect the homes to green spaces and the town center.

The Greenbelt Museum invites you to explore Greenbelt’s rich history which continues to shape the community to this day. This tour takes approximately 90 minutes and involves walking outdoors, please dress accordingly. Space is limited to 12 participants. Registration ends at 8pm the night before the tour.

Masks are encouraged but optional. Please note that this tour does not include the interior of the Museum’s historic house, which remains closed. Walking tours are not conducted in thunder/lightning or snow storms or if the temperature is below 32 degrees or above 95 degrees. Register here.

Shadow of a Doubt is a 1943 American psychological thriller film directed by Alfred Hitchcock, and starring Teresa Wright and Joseph Cotten. Written by Thornton Wilder, Sally Benson, and Alma Reville, the film was nominated for an Academy Award for Best Story for Gordon McDonell. In 1991, the film was selected for preservation in the United States National Film Registry by the Library of Congress, being deemed “culturally, historically, or aesthetically significant”. The film was also Alfred Hitchcock’s favorite of all of his films.  Watch the trailer.

In Braden Field, a 9 pm screening of Who Framed Roger Rabbit?

“Food Truck and Fresh Air” at the Cheverly American Legion, 6-9

Beer garden style, family-friendly community event with food and drinks available for purchase. Each beer garden style event will raise money for important local and national American Legion programs. In the event of rain, dining will be moved inside. Beer, wine, and non-alcoholic drinks will be for sale. Designated picnic table seating in the rear parking lot along with play area for kids. Musicians usually perform for this event, though it’s not guaranteed.

The Bowie Grille has a full calendar of musicians, performing outdoors when weather permits and indoors when it doesn’t. (Calendar inserted here because the Grile’s website is currently down.)